There are currently no upcomming shows 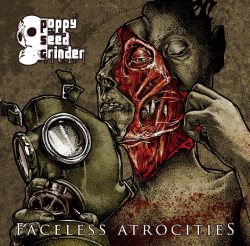 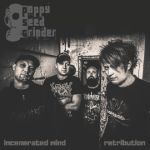 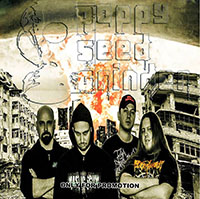 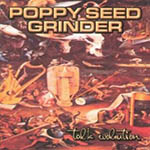 November massacre
5. 9. 2013
Only two remained of Poppy Seed Grinder after this summer... but fear not! Reinforced by a new bass player, we are working hard and will introduce our new lineup on November 3rd 2012 at the Prague Rock Cafe. We hope to see many of you there! Your support is needed!!!

Ondrej leaves
5. 9. 2013
After nine long years, our guitarist Ondřej Macabre leaves Poppy seed grinder. He has been with us on several european tours, countless gigs, lots of festivals and first of all, he participated in recording Oppressed Reality and Humanophobia albums. Every fun has its end and that's why Ondřej decided to spend more time with his family. We wish him good luck!

Radek leaves the band
5. 9. 2013
Poppy Seed Grinder have decided to end their collaboration with Radek Valenta as a vocalist. We want to thank Radek for work he had done for us and wish him good luck in his future career.

Promo 2008
5. 9. 2013
Few months before our last CD Humanophobia was recorded, we made first version of songs Humanophobia and Fetus of Hatred in studio Hostivar. These songs are arranged differently, same as the different final sound. Here you can listen to it and download it for free.

10 years anniversary of Talk evolution
5. 9. 2013
It's ten years now, since the first PSG cd "Talk Evolution" was released. This cd is sold out, so we made special offer and you can download it